It’s been a while since this ride, but there were some things about it I still think are worth writing about. Other than the obvious one, being the fact that it was the longest of this year’s series. Several points will always make it stand out for me, and then there’s the totally magical, mystifying, unlikely, and amazing thing that happened toward the end! Saving that one for last! But the other five points are good too… 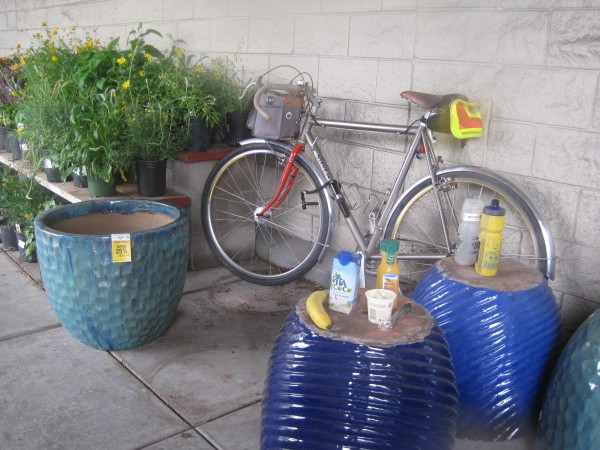 Where’s the Pelican? Stealthican at the Petaluma Safeway hiding among the flower pots

January 26th, 2012
I made it through six straight years of 200k or greater distance rides every month, beginning with my very first brevet and ending in December of 2017.