It’s been a full year of rando again, and I haven’t been blogging too much, have I? Sometimes I think that it might be boring to read about the rides, since I keep doing the same ones over and over. Well, I like them anyway! I did do a couple new ones this year, including the longest distance I’ve done so far. Still keeping up the consecutive R-12, which I will continue as long as it seems doable. It would be cool to do 10 years, but that’s a whole four more R-12s away. Life gets in the way sometimes, and that’s gotta be ok. I keep thinking I should give myself a break from it, but then if I don’t do a ride for a while, I get cranky. Gotta scratch that itch!

But seriously, randonneuring has helped me a lot over the past six years. It’s given me a huge sense of accomplishment. Riding gives me the headspace I need to be more effective at my job. Some of the things I have learned are applicable to my work as well, such as learning appropriate pacing, caring for one’s gear, the importance and rewards of perseverance, and so many more things. Of course, there are tradeoffs; long distance riding requires a lot of time away, in the rides themselves as well as in the training rides leading up to brevets, and the recovery time it takes to get back to a normal regime. Striking a perfect balance seems elusive most of the time, but I always try my best.

But anyway, just so I don’t forget where I’ve been, here’s the Year in Rando 2017 edition. Scroll over the photos for captions. 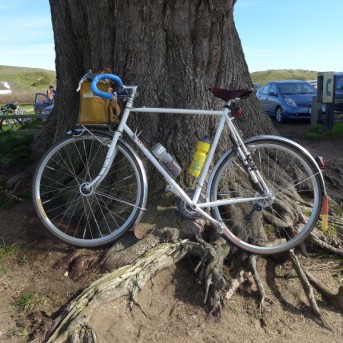 January: 700c Pelican with new wheels. I love this bike!!! 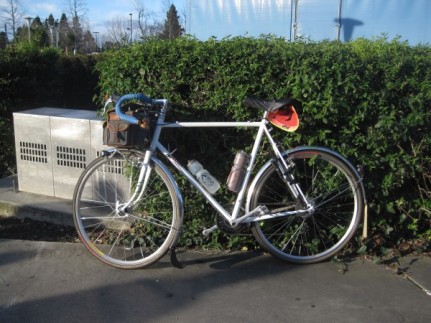 February: Mount Hamilton start control. This was the first running of this route for SFR, amid last-minute changes due to a slipout on Mt. Hamilton Road 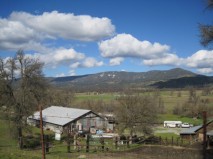 The Junction was closed due to a downed power line, but one of the owners still stamped our cards and sold us bottled drinks

February: The finish of Mt. Hamilton 200k. This was a tough one, with many DNFs. I finished with only 30 minutes on the clock.

March: SFR 300k. I start this brevet 45 minutes late yikess! I actually didn’t even wake up until 5 minutes past the start time, and frantically called the DORC to let them know I was on my way.

March: I am at the back of the pack all day thanks to my oversleeping. Looks like the landscape is not waking up easily either. 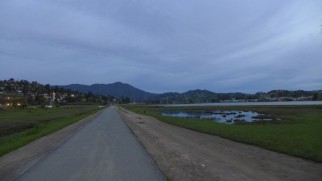 March: cloudy outlook to Mount Tam from Bicentennial Bike Path. This view has been the gateway to so many great adventures, and by hook or crook, this will be another. 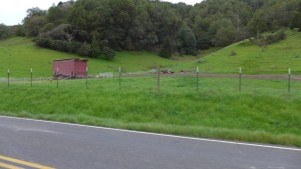 March: Lots of farm animals on this route, starting with oodles of chickens 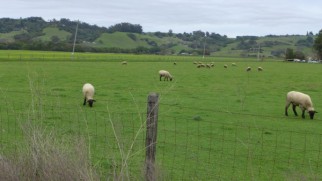 March: Misty rain getting heavier toward the coast

March: Diekmann’s, with food perfect for a brevet served hot!

March: My derailleur had been slipping all day, really frustrating me… Totally unselfishly, fellow rando Bob C stopped to make a roadside adjustment, while never condescending to me or mansplaining, I might add. So thankful for the thoughtfulness and intelligence and maturity of this group of people.

March: the Fog of Karl on Inverness Ridge 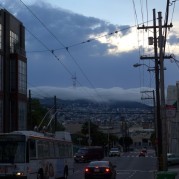 March: Taught a full day class the day after the 300k. Mixing work and rando is not always easy, but in many ways, rando makes work easier, as I ponder the fog here and compare it with the fog I had seen in Inverness the day before.

April: rainbow on 400k workers ride. The weather was mostly light rain throughout the day.

April: 400k workers ride with Steve, Tom, and Bryan. What a great group of hardy SFRs. So grateful to ride with them!

April: 400k workers ride. Finally some sun and a beautiful view to go along with it!

May: SFR 600k. Vineyards near Geyserville

May: Riding with Tom and Bryan again. When you have good company, a long ride goes by quickly. Sadly, shortly after this photo, Bryan decided to call it quits on the ride due to stomach issues.

May: Got to ride another of John’s glorious bikes, this time the Toei

May: Tom on the way to Fort Bragg from Philo

May: Finally reaching the coast on the SFR 600k. 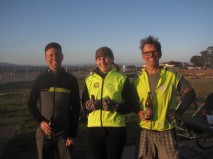 May: Arrivee! 600k is in the books, gents are enjoying some of the Pliny John picked up while volunteering.

June: Tahoe 1000k with the route organizer who did a fantastic job 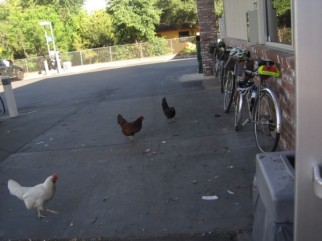 June: chickens for sale at local gas station in Ione

June: we pick up a rider from D.C. and the five of us finish together

June: I worked really hard for this patch!

July: My own perm with Steve, Karl the fog hovers over the coast

July: Steve is smiling (believe me) 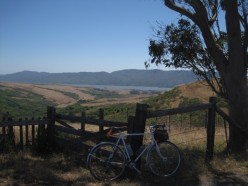 July: top of Marshall Wall, back to regularly scheduled Pelican

August: Freestone 200k in reverse starts out cloudy from SF 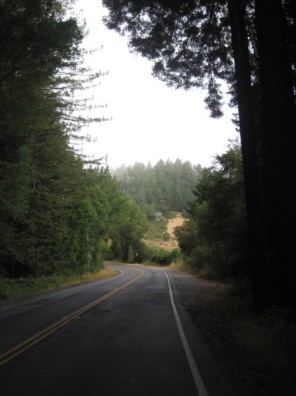 August: Nicasio is chilly as usual, and overcast

August: Chileno Valley is clear as a bell

August: my kind of road

August: Bloomfield… with Barnett Valley climb looming in my mind 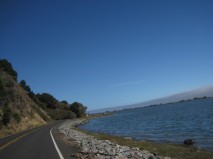 August: back to the coast, gearing up to climb Panoramic from Stinson Beach

August: Returning home over the bridge, now totally socked in. Some tourists on bikes were very unhappy, others were amazed by the extreme conditions, laughing and shouting (was really windy too)!

September: I’ve had to work the past 2 years on the day of Old Caz. Now I can finally ride it again! So excited. Beginning was cloudy with heavy fog. This is Chileno Valley with an early morning fisherman.

September: So happy to ride with these guys on Old Caz. 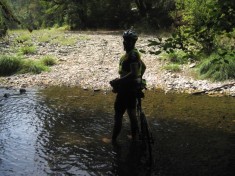 September: Austin Creek is an easy crossing this year 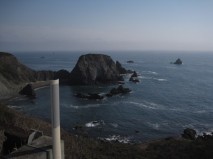 September: Back at the coast with sea stacks and grottoes 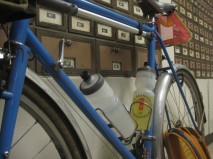 September: feeling drowsy, I took a nap in Stinson Beach’s luxurious post office. I just assumed I wouldn’t finish within the time limit at this point, and was nodding off on the bike, so I figured the safest thing to do was stop and take a nap. Little did I know that credit was still within reach… by a minute or two.

October: Dan and I had attempted Bonny Doom in September, but failed to finish in time due to 115 degree temps on Empire Grade. 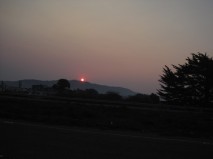 October: Sunrise from the September attempt…mean old sun even at dawn!

October: For a redo, I invited logtime ride buddy Mike. Mike is usually way faster than me, but has been a little out of shape since moving to China and not doing too much rando. Here he is on Planet of the Apes. Temps are back to normal!

October: That feeling of accomplishment when reaching Big Basin. Lots of climbing behind us! 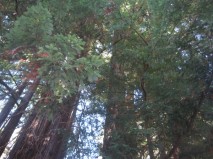 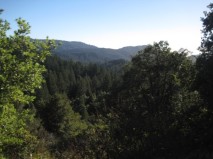 October: So much beauty

October: Mike and I really hammered through Saratoga, finishing in wayyyy less time than I ever thought possible.

November: The SFR Winters brevet had to be delayed this year due to the northern California wildfires. The fires burned areas dangerously close to some of the roads on this route. So it was moved to November, and by that time the fires had subsided.

November: Some of the charred landscape, though with bright green new grass 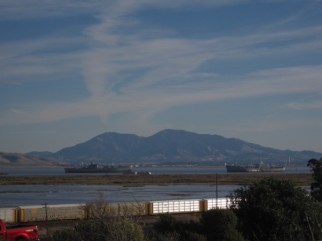 November: view of Mount Diablo and the place where the San Joaquin and Sacramento Rivers empty into Suisun Bay 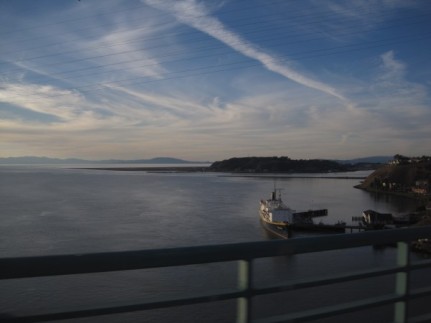 November: …where somehow we are suddenly transported to a Secret Control

November: Sunset at the Nantucket

November: Leaving the Secret Control will be hard, but we have extra fortification under our belts

December: Herd of Tule Elk that later ran across the road in front of me!

December: Coming back from the ranch at Pierce Point

December: Steve and Tom at sunset along CA-1`

This site uses Akismet to reduce spam. Learn how your comment data is processed.

January 26th, 2012
I made it through six straight years of 200k or greater distance rides every month, beginning with my very first brevet and ending in December of 2017.