Picking up a thread from my first coffeeneuring post here. Darryl Skrabak was not only a founder of SFR and accomplished accordionist, he was also a bike advocate. He wrote many articles for Bicycling magazine about bicycling and the law, and he worked for a long time to get bikes to be able to be ridden on the Golden Gate Bridge.  Well, as it happens, only a couple weeks after his memorial, another key bridge in the bay area was opened to bikes: the Richmond-San Rafael Bridge!

The Bay Area is defined by its land masses separated by bodies of water. Points of crossing are few, and even fewer are open to bikes, so this bridge opening is a cause for joyful celebration. Since moving over to the east side of the bay, I have been blown away by the work being done by Bike East Bay, and their part in this historic opening is impressive. 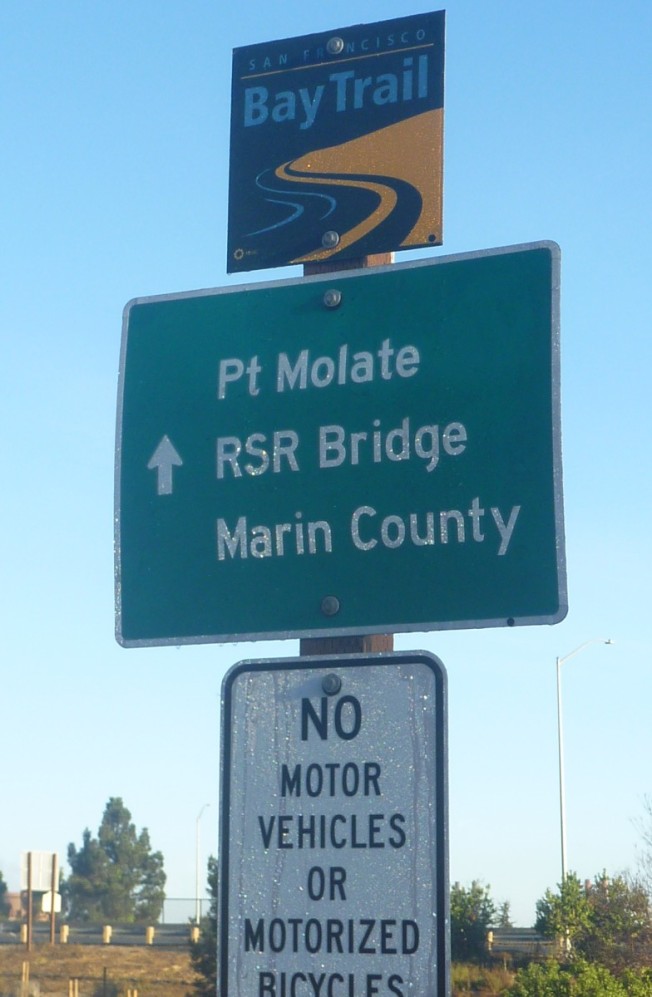 Great signage on the Richmond side

I had to work on opening day, but on the following day I had plans to ride with a friend who lives on the Marin side. She makes excellent tea, in fact she’s known far and wide for her love of mountain biking and tea and… well I won’t go into it but I will say I was pretty tickled to be able to ride my bike the whole way to go ride with her instead of having to take the bus over the bridge like I’ve done before. 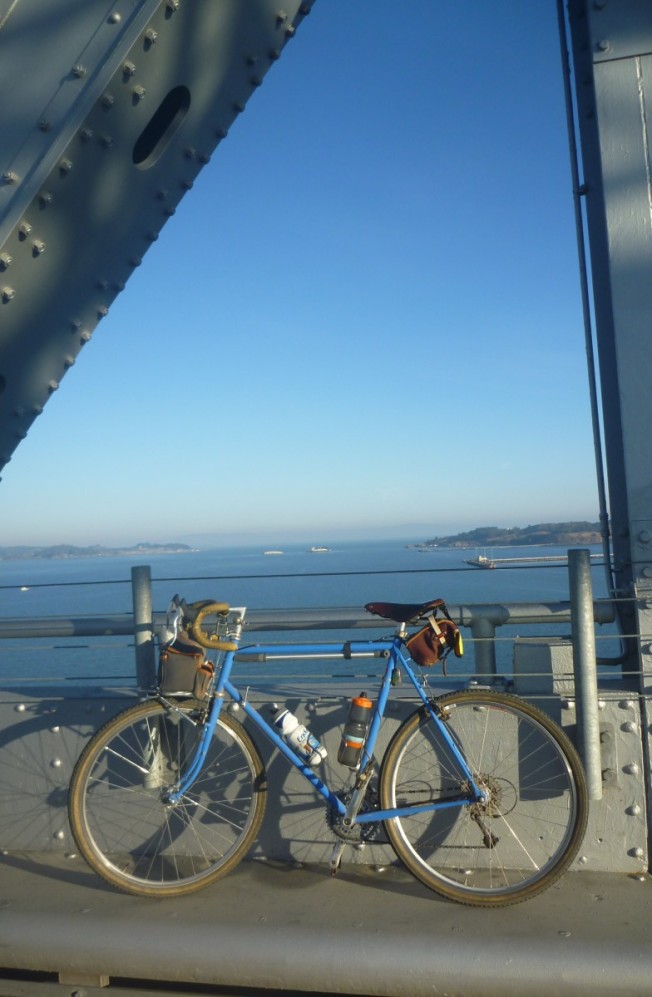 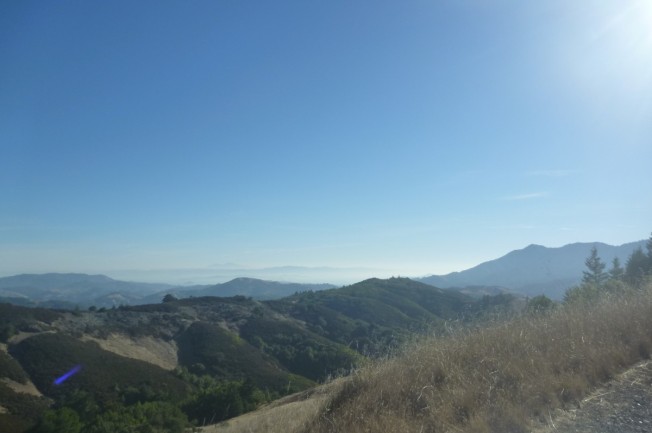 Even though I was a bit late to start, we still had enough time for a delightful loop around Pine Mountain, joined as well by her neighbor, and then I got to enjoy a lovely lunch she cooked, with venison chili (venison courtesy of the local upscale grocery’s dumpster! yep… twelve pounds in all, collected in one-pound sealed plastic wrappers) and tiny green and orange tomatoes from the garden. I headed back homeward over Deer Park trail and around Phoenix Lake to squeeze just a tiny bit more dirt from the day, then back over the bridge for my twofer. Super dreamy day made possible in part by a healthy quantity of black tea keeping my eyelids propped open… I hadn’t unpacked my bike after the camping trip, so was up half the night reconfiguring my bike to be able to ride.

Later I found out about this article about the historic fight to get bike lanes on the Richmond-San Rafael bridge. It is a great read, in part because it divulges that the bike lanes were supposed to open in April! WTF? Well, I’m glad they are open now, and yes I understand that this is just a test opening that could only last 6 months, but I’m not telling my subconscious about that part just now. I’m just going to ride and ride and ride and ride that bridge, rain or shine, in honor of Darryl and everybody who has marched, written letters, made phone calls, gone to meetings, and made this happen, until I wear out the pavement!

One thought on “An Historic Day for All Bicycle-kind”

This site uses Akismet to reduce spam. Learn how your comment data is processed.

January 26, 2012
I made it through six straight years of 200k or greater distance rides every month, beginning with my very first brevet and ending in December of 2017.